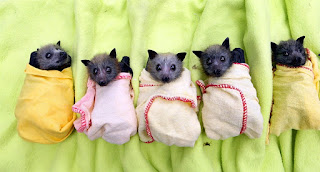 When you sponsor a creature, you assure it a second chance at a meaningful life.


Many of our rescues have gone on to work in service industries in their realms. The Ridge Trolls of Dim Sigma have been invaluable in moving mountains, and Megalodons have proven to be highly effective underwater-prison guards.

We offer 3 options for those who wish to sponsor a little darling in need. 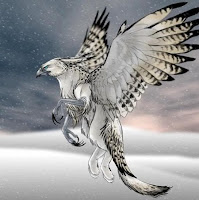 AGE: 2 years
LIKES: He loves to sing along to opera arias
QUIRKS: He is obsessed with mirrors and has been known to spend entire days gazing at his reflection and preening.

When you sponsor this creature, a donation will be made in your name to the PAWS Chicago. 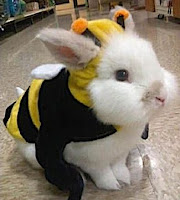 TOOTSY - A rare Bumble Bunny, Tootsy eats only flowers, and makes an adorable buzzing sound when she sleeps. She was found roaming a tulip farm and is thought to be a domestic pet who is lost. Any information on her family will be kept in confidence.

LOCATION: Found in Keukenhof, Lisse, Holland
AGE: 3 months
OBSERVATIONS: She is initially skittish, but once trust is established, she becomes something of a cuddle bug.

When you sponsor this cutie, a donation will be made in your name to the Animal Defense League of Texas.

Are the creatures spayed and neutered?

In short, no. Most species are underpopulated, thus our creatures are never castrated nor hysterectomied. Rather, they are encouraged to procreate to avoid extinction.

Are the creatures' shots current?

No, we do not shoot animals.

Do you offer refunds?

Again, no, and shame on you for asking!
Email ThisBlogThis!Share to TwitterShare to FacebookShare to Pinterest
Home
Subscribe to: Posts (Atom)